The event is free and open to the public, but you must register to attend.

To illustrate this year's theme, the keynote address will be given by public intellectual and best-selling author Dr. Michael Eric Dyson. Dr. Dyson is the Centennial Chair at Vanderbilt University and serves as University Distinguished Professor of African American and Diaspora Studies in the College of Arts and Science and University Distinguished Professor of Ethics and Society in the Divinity School. He is also a New York Times contributing opinion writer and a contributing editor of The New Republic and ESPN's The Undefeated website. 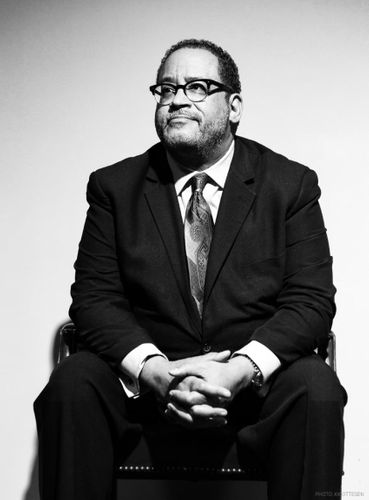 Dr. Dyson, who came from humble roots in Detroit, has authored twenty-one books and become a prominent leader and national media fixture. He has won an American Book Award and two NAACP Image Awards. Ebony cited him as one of the 100 most influential African Americans and one of the 150 most powerful blacks in the nation.

Dyson's pioneering scholarship has had a profound effect on American ideas. His 1994 book Making Malcolm: The Myth and Meaning of Malcolm X was named one of the most important African American books of the 20th century and was also named a "Notable Book of the Year" by the New York Times. According to book industry bible Publisher's Weekly, Dyson's 2001 book, Holler if You Hear Me: Searching for Tupac Shakur, helped make books on hip hop commercially viable.

The event will also feature remarks from Chancellor Mark A. Fuller and musical performances by Candida Rose and UMass Dartmouth’s D’SWORD Gospel Choir.

Register for the event today!